We revisited the cemetery and noticed the area was noticeably quieter and calmer than the groups initial visit. Weatherwise and Spirit. The following is evidence collected by Carolee. She takes two pictures, at least, consecutively and they are compared during evidence review. These are at the back fence, an area of activity on our previous visit. 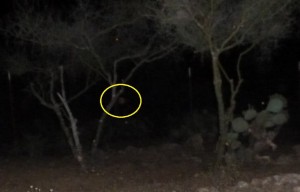 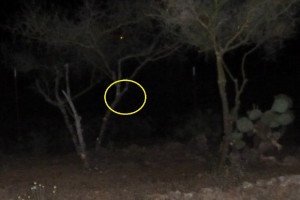 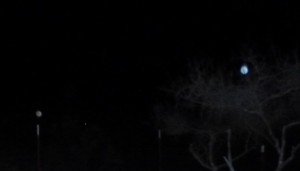 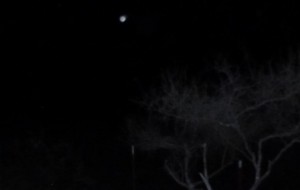 This series of pictures was taken at the front of the cemetery and an area of activity at our previous visit. Notice in the first picture – no orb. Second picture – orb. Third picture orb not seen. Fourth picture is out of focus because Carolee felt something had rushed at her, her view on the camera view screen went out of focus, and you hear her on audio saying “get out of town” which is followed by a whistle sound. The sounds were not heard in real time and only caught during evidence review. (Link to Audio) Fifth picture shows no orb. 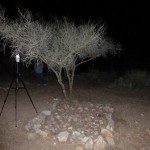 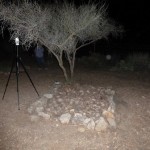 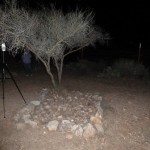 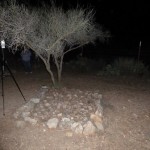 The previous visit to the pioneer site, the group noticed bead strings hanging in the trees over graves. There was one tree in particular that had been quite active before and it had a bead string hanging from a branch. This is the tree that Carolee’s face was distorted in a picture Jen took on our initial investigation of this cemetery. Being in absolute darkness this night, we did not notice the string of beads was missing from the tree. During evidence review, Carolee had a picture on her digital camera that she does not recall taking. She takes two pictures back to back and there was no second picture. That picture shows the string of beds not far from her left foot.

On our third visit, Carolee checked that area and located the string of beads. She hung them back in the tree branches with a prayer. It was almost immediately that we noticed the area felt different and activity was almost nonexistent.