Over the years we’ve collected thousands of images and hours of video and audio and are showing  some of our earlier collections.

Please click on each picture to enlarge and read description. 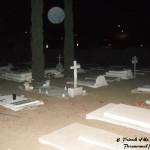 Large bluish orb between the trees at a cemetery in Avondale, AZ 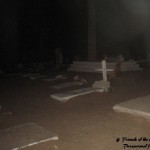 Unexplained mist in the upper right corner, picture taken at a cemetery in Avondale, AZ 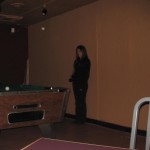 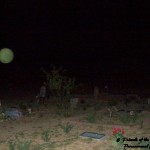 Green orb captured at a pioneer cemetery in Congress, AZ 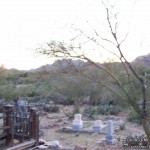 Apparition captured behind the wooden structure at a pioneer cemetery in Congress, AZ 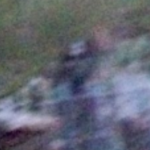 This is a close up of the previous picture taken at a pioneer cemetery in Congress, AZ. 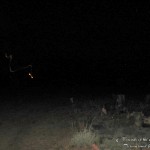 Picture taken during a spirit communication session at the pioneer cemetery in Congress, AZ. Notice that the investigator Carolee Jackson’s face is distorted; it is unclear whether it was an orb making her features appear different or if there was actually some type of visible change at this time 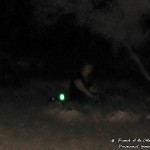 Picture taken during a spirit communication session at the pioneer cemetery in Congress, AZ. Notice that the investigator Carolee Jackson’s face is distorted; it is unclear whether it was an orb making her features appear different or if there was actually some type of visible change at this time. 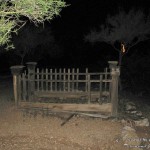 Another light anomaly captured at the pioneer cemetery in Congress, AZ 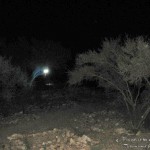 Unusual mist appeared in this picture taken at the pioneer cemetery in Congress, AZ. The bright light behind the mist was from an investigator’s camera. 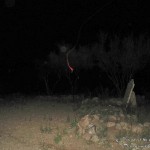 Light anomaly and orb captured by the EMF reader. During this period of time the team was receiving communication from a spirit, who would set off the lights and alarm on the device in response to questions. 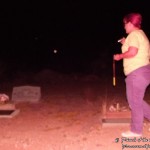 Orb captured while communication was being received during a dowsing rod session with investigator Jennifer Hoeft. Through a series of questions the spirit indicated that she had come to the US by herself, leaving her family behind in Mexico. She indicated that she had ended her life at the age of 16. The spirit was asked to direct us to where she had been buried. 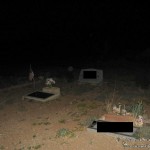 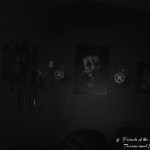 Shadow in the far left of the picture was captured with a full-spectrum camera and was not visible during the investigation. 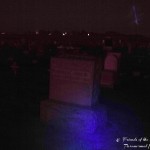 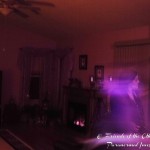 This picture was taken at a residential investigation in Peoria with a full-spectrum camera. We are unable to explain what appears to be a mist near our investigator Fallon. 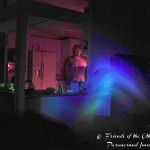 This picture was taken with a full-spectrum camera at a residential investigation in Mesa. The homeowner noted that the dog has been barking at an area approximately three feet off of the ground in this same spot. Upon reviewing pictures we found that we had captured something as well. 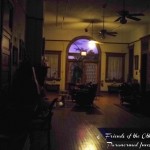 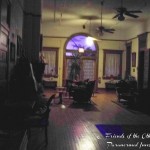 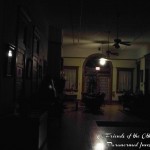 Self-illuminating light moves to side of piano. 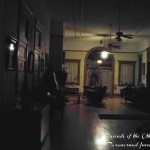 EVP is short for Electronic Voice Phenomena. A theory is that spirits can use energy to imprint voices on a tape or digital audio recorder that may or may not be heard when the investigator is in the room. When listening back, sometimes words and phrases can be detected. A PSB Spirit Box is a device used for contacting spirits through the use of radio frequency. The ECHOVOX is a bit different in that radio signals do not factor into the equation. Instead, it has a built-in database of word fragments that it randomly plays. In addition, any sound captured by your device’s microphone — be it the sounds uttered by the ECHOVOX, the user’s voice, or ambient sounds–are echoed, creating an audio “soup” that an entity might hypothetically use to communicate. The theory behind these devices is that the spirit can manipulate “white noise” in order to communicate. The communication through these devices can be heard at the time that it happens, although frequently it is necessary to go back and re-listen to understand what has been said. We have had positive results with both. Below are some examples. Best heard using headphones.

Our collected EVP’s can be heard on our Soundcloud account: https://soundcloud.com/fotos

What am I holding...